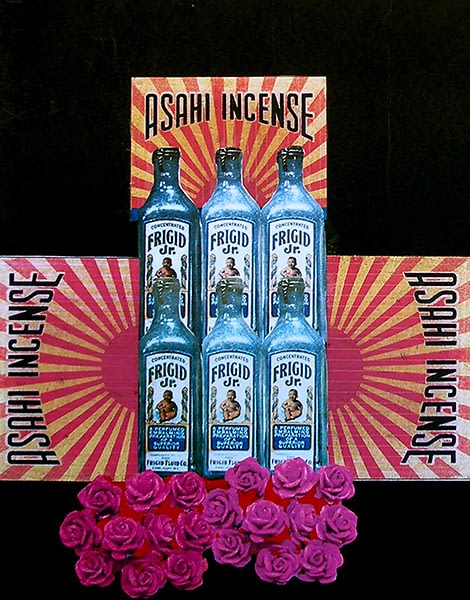 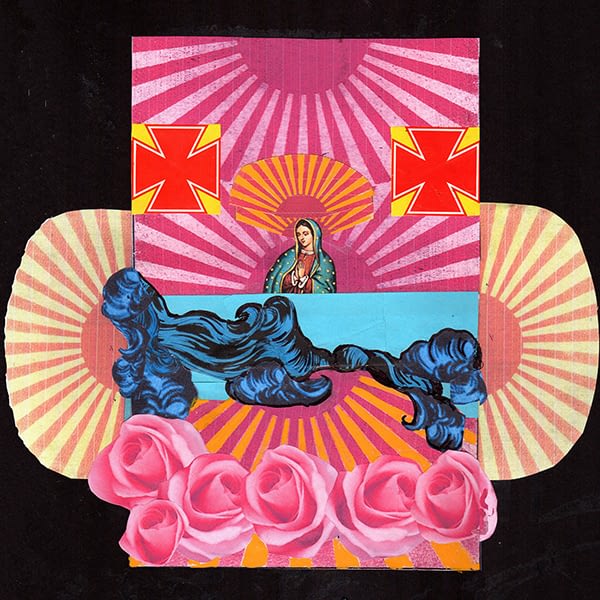 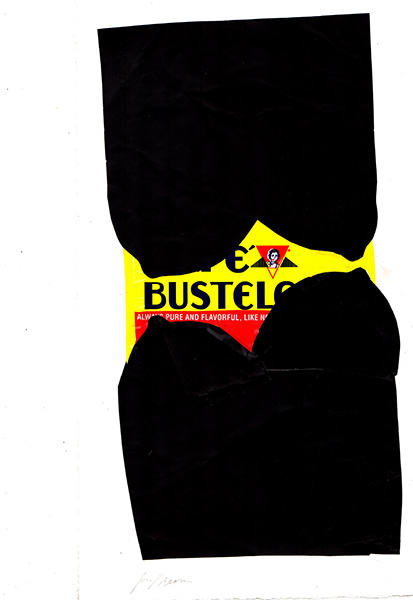 Moss recalled producing his first collages in the early 1960s when he was in Yale University’s MFA program. He was cutting up circus posters and felt that the results were attractively decorative but not message-driven. Neil Welliver critiqued his work, asking why Moss was making collage. Moss replied, “Because that’s what they’re doing in New York now.” Welliver quipped, “When they commit suicide are you going to do that, too?” Moss dropped the experiment, realizing that images were not worth creating unless they had something significant to express. After Yale he became a political conceptualist — one of the country’s most famous political cartoonists — and was twice nominated for the Pulitzer Prize. Dan Rather wrote the foreword for his book, The Art And Politics of Geoffrey Moss. Yet despite that success, painting remained his first love and he continued to paint abstractions nearly every day. All along, he has been leading a double life. Concept has consistently driven his image-making but Moss relates the collage-making process more to the making of sculpture where various mixed media — from magazines, metal foils, and even squeezed-out oil paint tubes — allow him to express texture and color differently. “I define myself as an American painter,” he says, “paying attention to the essence of an idea. Painting in series, exploring the physical energy of the paint, isolating my subject. I continually return to re-examine, simplify, and abstract the essentials in my work.”

I’ve long been drawn to the colors and religious images inherent in the works of Central and South American artists. Jewish religiosity is not supportive of visions, so in Virgin of Guadalupe I celebrate that obsession with the bold theatre of colors. The shape of dark hair serves as an anchor at the middle and was inspired by late Baroque treatment — but it’s actually taken from a Wonder Woman comic book.

The unavoidable cliché in Unavoidable Cliché Café is the word “bust.” Americans are preoccupied by bosoms, and this is my off-handed way of criticizing the obvious in advertising — something I’ve experienced in ad campaigns. This work also makes reference to my Inappropriate Appropriations series of paintings, which uses as its reference point the classic erotica imagery of Japanese shunga painting found in early ukiyo-e woodblock prints.

Frigid, Jr. is not a moribund celebration of an embalming preparation but a cultural curiosity. I once interviewed a mortician for one of my books, The Biker Code: Wisdom of the Ride (2002). He left me with the feeling that the process of embalming is a curious cultural obsession because humans don’t want to say good-bye. This is a cynical salute to American commercialism that offers the promise that the sweetness of that baby will be preserved. The Asahi Incense provides a counterpoint in cultures.