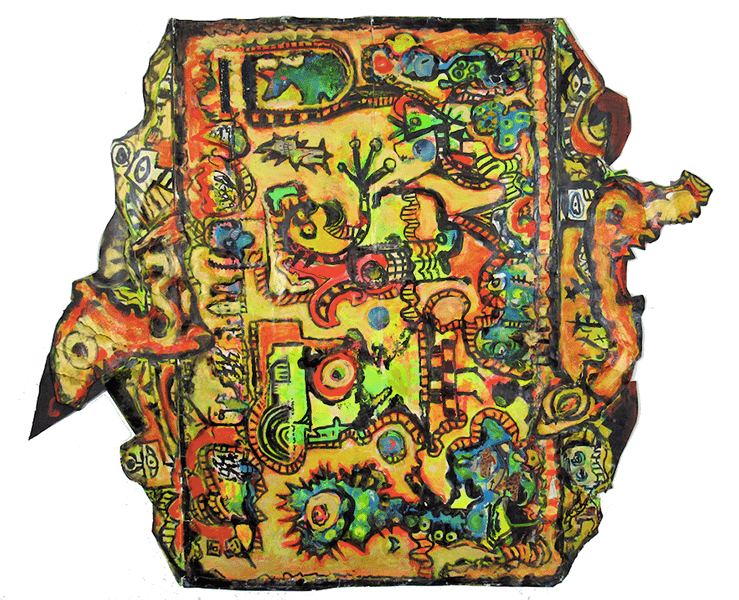 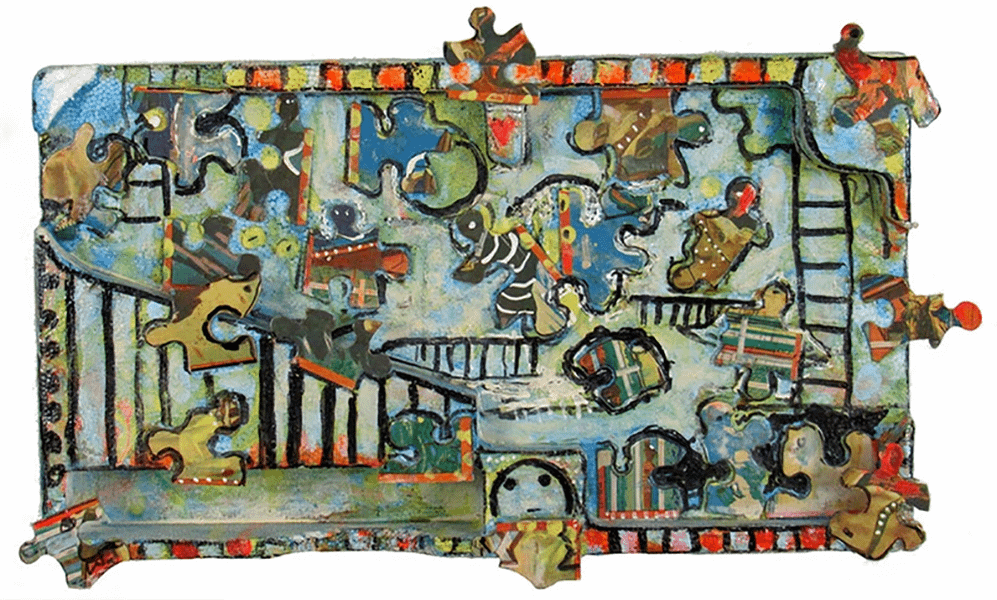 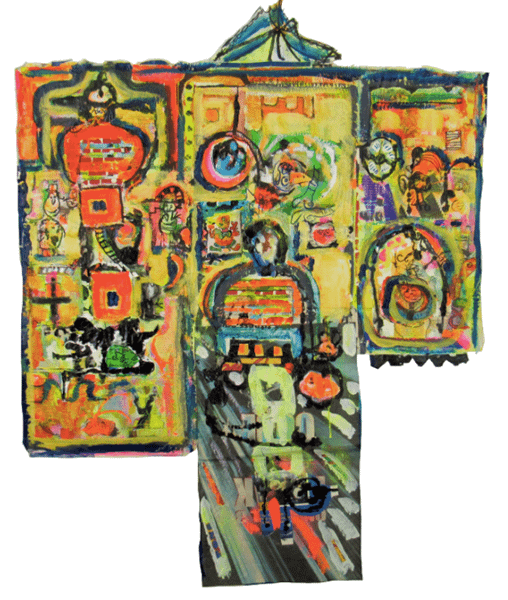 Reva Freedman was a self-taught artist who became immersed in painting in her 40s after a career in the Toronto Symphony Orchestra. This child prodigy violinist was featured in the book Extraordinary Interpretations: Florida Self-Taught Artists(University Press of Florida, 2003). Autor Gary Monroe described Freedman as being “in a class all her own. Her paintings are in the top tier of self-taught art. She worked in a mysterious realm between consciousness and materialism. Reva was given fully to her labor, and it is as if her paintings are her DNA. She created because she had to.” Prolific and experimental, Freedman was a figurative expressionist who often utilized found objects to create complex layered collages that evoke the animistic spirit and mythology inherent in the art of non-literate cultures. From the early 1980s-onward her works were exhibited extensively in Florida, including many times at Norton Museum of Art and The Society of the Four Arts.